Well, here’s something I never thought I would say in the 21st century... I really liked this collection and maybe I love it!  Yes, I unashamedly admit it... it was pretty fabulous.  This is how one revives or resuscitates an elder brand!

I don’t want you to think I have lost my mind completely but this was a collection in the truest sense of the word and I think it has really redefined what a total collection should look like.  There were day clothes, both of the more conventional and of the trendier, there were feminine and tough looks, brights and seasonal  black, the de rigeur black leather and most of all it was not boring.  It surely had its own brand of chic, sexy  and soigne qualities.
Mr. Marongiu offered up some very memorable missteps but the overall timbre of the collection was pretty damned tasty.  I think the collection would have survived very nicely without the over harness looks as well as the fishnet/nude grouping but alas, tis human to try and be daring in out of character ways.  I liked the diversity in the looks from real day clothes to cocktail and luncheon dresses to evening; it is a welcomed change that harkens back to the glory days of the Collections that were shown in Paris, New York, London and Milan.  I really believe that this is what I spoke of very early on with regard to the fall collections and that was this is the season for salable clothes, clothes that resonate with the consumer and the store owner and clothes which will swan right out of the store into the closets of the fashion set. 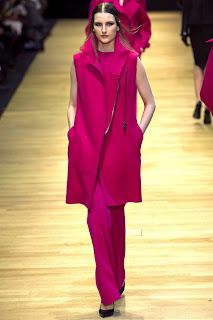 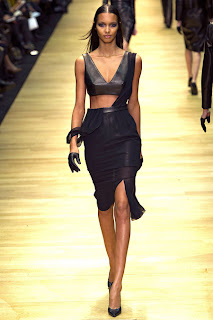 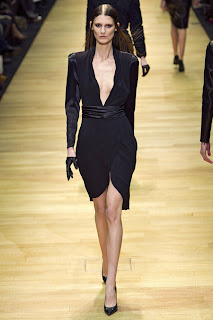 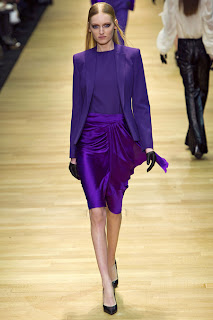 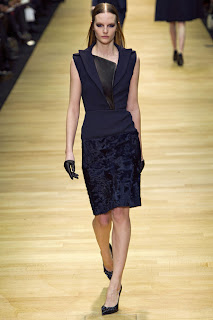 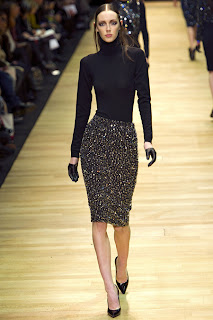 I also strongly believe that this Guy Laroche collection demonstrates one of my other favorite things to say this season or any season… designers design!  There were some great pieces which are now distinctly Laroche.  Mr. Marongiu certainly gave this collection a point of view and he marked his territory by putting his imprimatur on clothes that will long outlive the trends of Fall 2013.  I say bravo to you!
Posted by FASHION BY THE RULES at 1:00 PM