Well the much anticipated so called return of media darling Tom Ford is now a memory.  If one was eagerly anticipating this event, my bet is that after seeing it, you are either blind or you are having second thoughts about this man’s so called design chops.

As far as I can discern, this was nothing more than a huge pile of HUBRIS!  The cacophony of color and pattern, the souk of looks, the excess, the absolute abandonment of anything that has to do with good taste and so much more that was worse than all of that.  Here’s a little scenario for all Lil Kim , meets Roy Lichtenstein, meets  Phyllis Diller and then they all drop acid together and design a collection that is supposed the as spectacular as the second coming!

I am genuinely perplexed and a bit upset that anyone other than a rank amateur would turn out a pile like this collection.   I would be an ass if I didn’t say that there are pieces buried in the pile that are stand-alone fabulous, but why on earth would anyone conduct a full on visual assault like this.  Okay, so here are some adjectives and expressions that came to mind; overt, garish, overdone, over designed, blinding, tawdry, wasteful extravagance, whorish, more is better, cheap looking, offensive and what she couldn’t wear she carried.

I have never regarded Mr. Ford as a design god but I have always thought him to be a great spin master and great at self-promotion as well as a talented stylist but now I need to even reassess that notion.  For fall 2013 this is nothing more than another take on the “the emperor’s new clothes” but in the most over embellished over the top and most distracting sense.

The only way you see this collection would be to see in totally dissected manner , at least for a normal consumer but as I write , I believe that it is conceivable that a certain part of the Russian population will be banging the doors down to get at these clothes.  Yes, I can honestly say that the over the knee boots were works of art as were some of the INDIVIDUAL pieces but when thrown together, this was just so aggressive and disturbing.

In a very short span of time, we have witnessed events very similar to this; Raf at Dior, Hedi at Saint Laurent, Jil back at Jil, Galliano at Oscar and soon Wang at Balenciaga.  These are all hotly and eagerly anticipated events that “rock” the world of fashion but they should all thank Mr. Ford as they came across as heroes and stars in comparison … at least no one will laugh at what they did!

Looking forward to reading  what the fawners will make of this … my take is they will use many of the same adjectives that I have used and just say that’s why the collection is so fabulous  … meh! 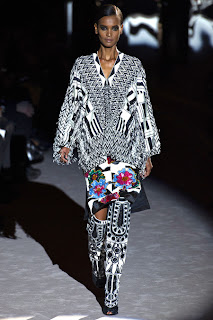 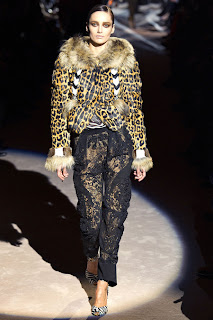 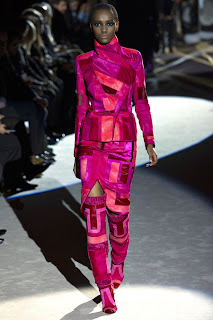 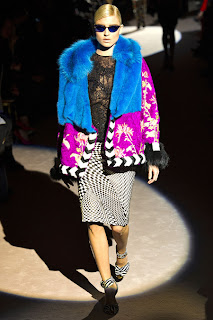 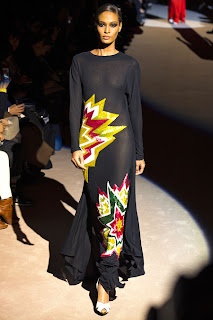 P.S. I think this was kind in comparison to what I might have written!
Posted by FASHION BY THE RULES at 8:27 AM