As I predicted not very many days ago, Donatellamommamia is at it again. 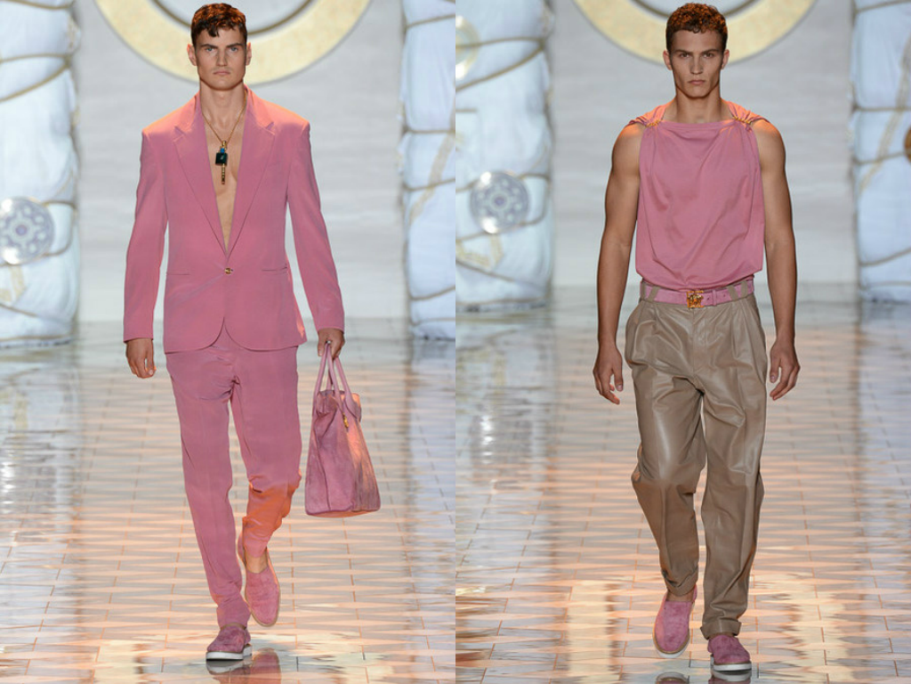 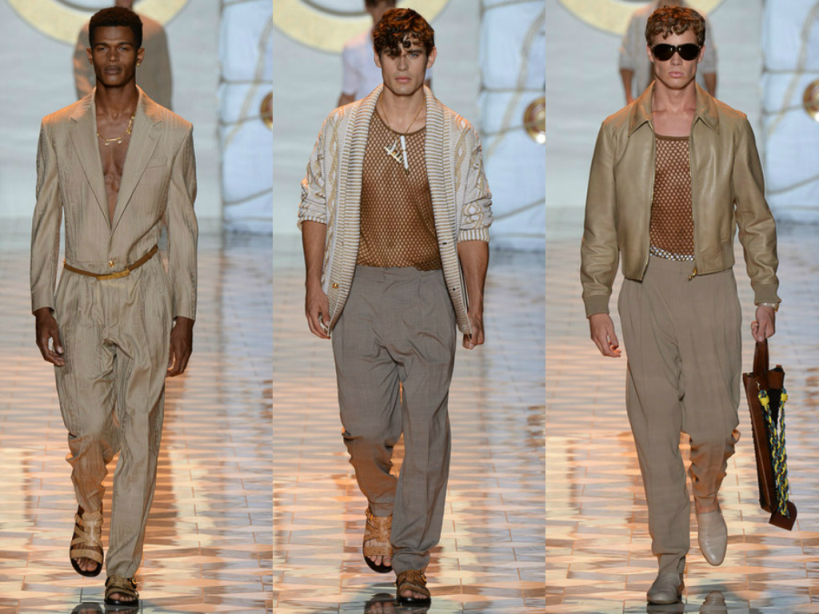 She may be a stylist but certainly she is no designer, as I see it, with no technical skills and increasingly I find very little of her output that can be considered tasteful. Then again, if your tastes lean toward mistresses of oligarchs, call girls or boys who sell their wares in the shadows of the night, you might have struck gold!  She has yet to find her footing in women’s collections and she surely doesn’t have a handle on men’s. It is difficult to come out of the shadows from her late brother but the reality is that she needs a lot of help whether it is in the women’s or men’s collections
( http://jeffybruce.blogspot.com/2014/06/gianni-versace-life-in-fashion.html )

If not for the fact that the brand is known for its tailoring, Miss Thing just seems to consistently turn the brand into the punch line for bad joke. 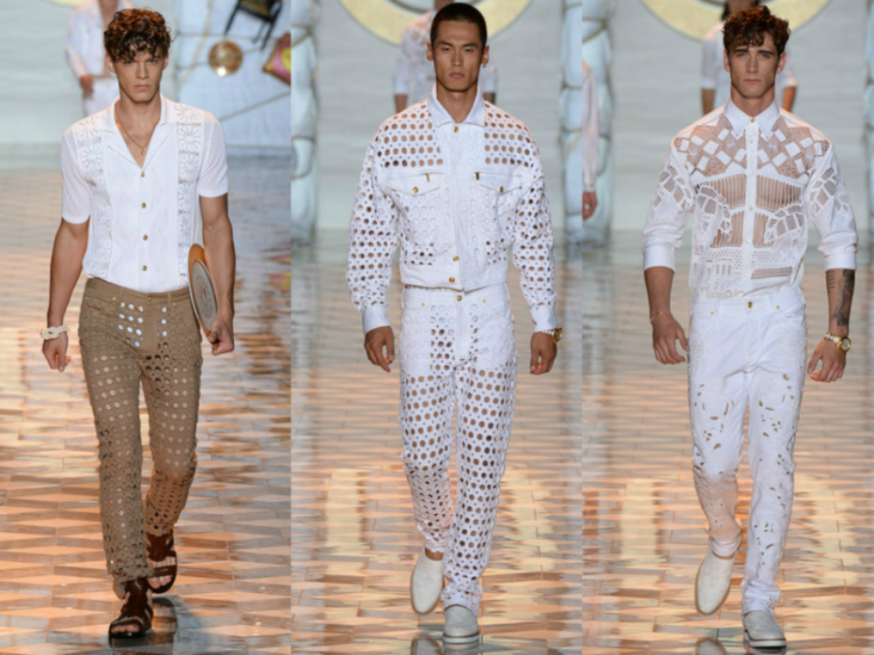 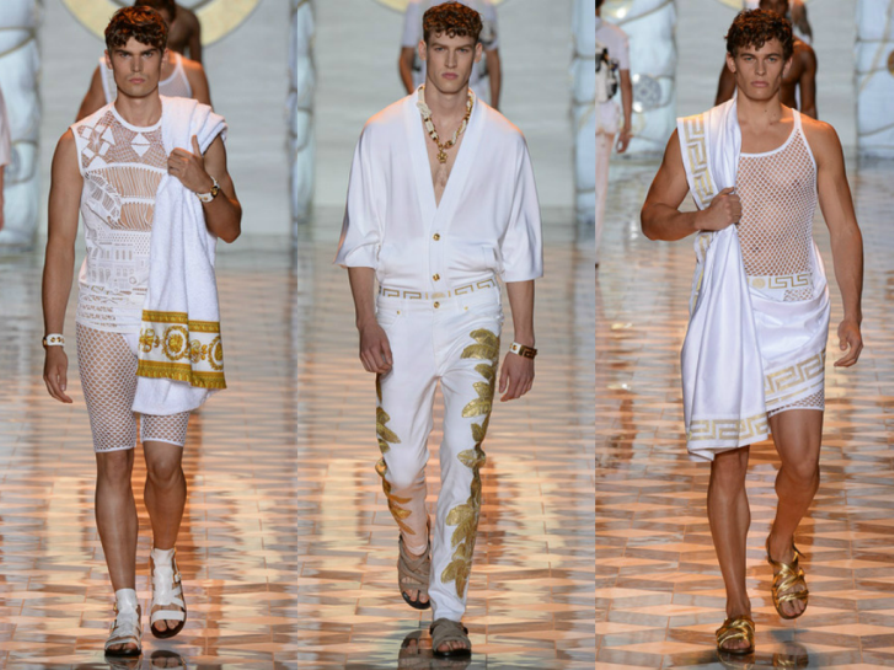 Suits beautiful! A few sportswear pieces on the tasty side! Then sooner than later it just all goes to hell in a hurry. Why we have engorged lattice cut outs, we have engorged fishnet, we have frond prints running up the legs like tuxedos. We have gold embroidery, we have male pulchritude and we watch as Rome burns, so to speak. 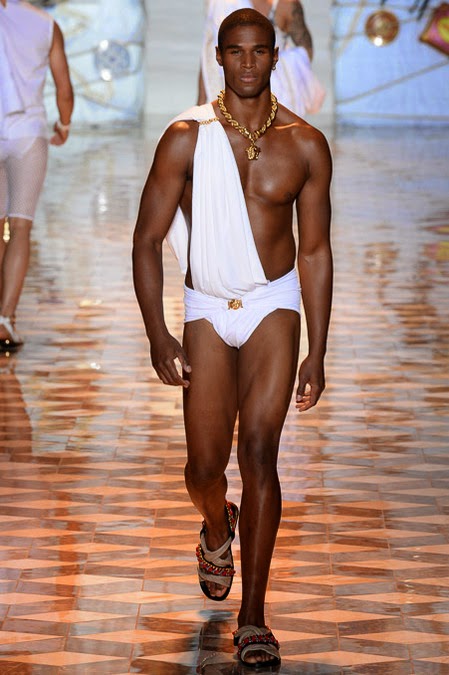 The last but not least we have Signora’s attempt at mining the archives and poor dearly departed Gianni must be spinning faster than the speed of light in his grave. It is all so gratuitous, so forced, so expected and so cheap looking … except for the suitings and rare exceptions. The only plausible explanation here is that the mindset is decidedly Middle Eastern rather than Russian and the far is  east is basically ignored other than for suits. 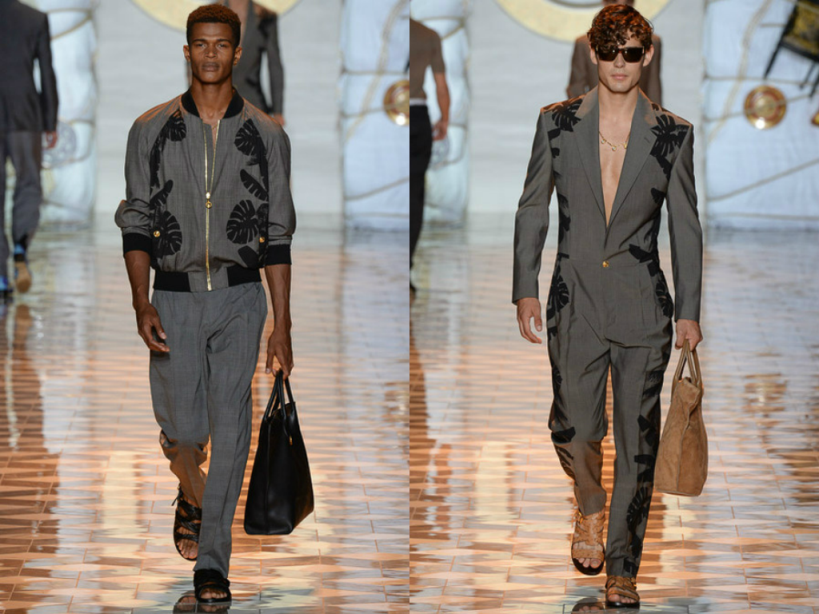 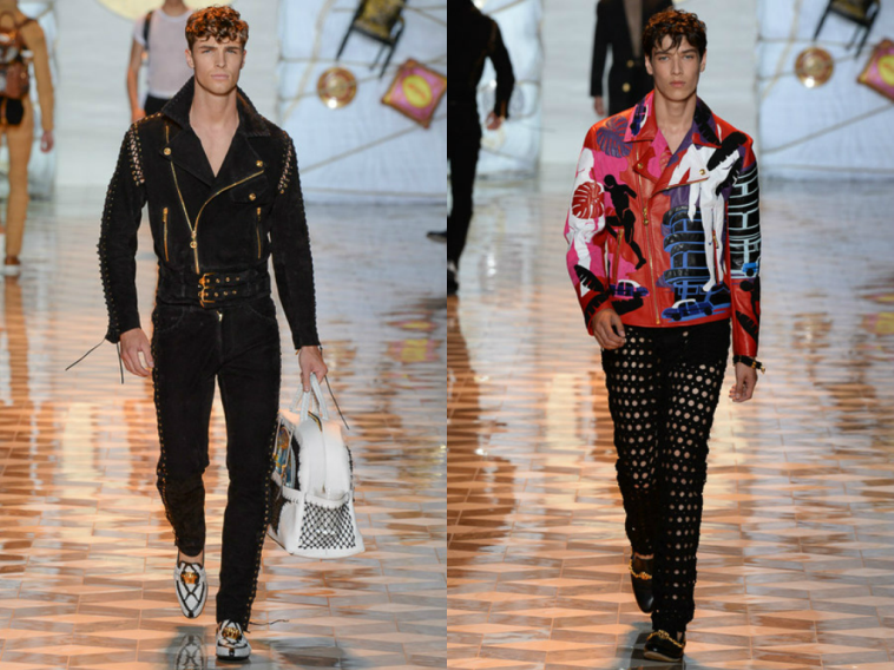 There is nothing more to say and no reason to beat this dead horse as rigor mortis must be seconds away at this point. Povero Donatellamommamia
Posted by FASHION BY THE RULES at 4:40 PM