The pigs are preparing for take-off!! … Is the circus in town?? What’s going on??

Season after season I look and I try to understand what Thom Browne is trying to say with his collections. Season after season I shake my head in disbelief and sometimes even laugh out loud at the absurdity of it all. BUT ... every season I marvel at the workmanship and the dexterity that it takes to build these almost inconceivable pieces of fashion. This season is the same but with one very distinguishing caveat and that is within this cacophony of patterns and visual overload there are amazing pieces of wearable fashion! OMG!!! I think a little oinker just flew past my window! 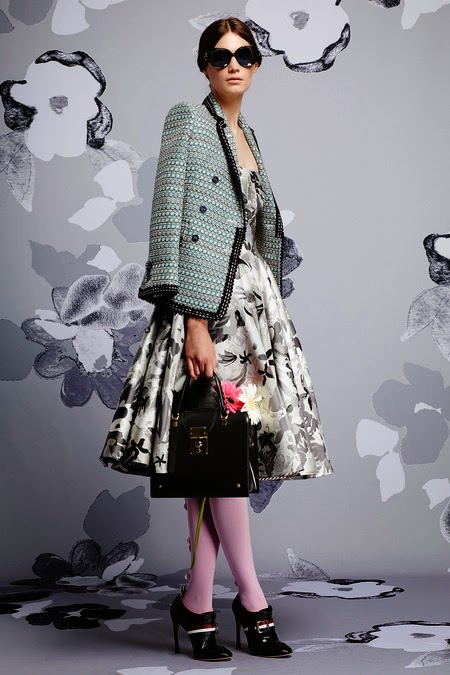 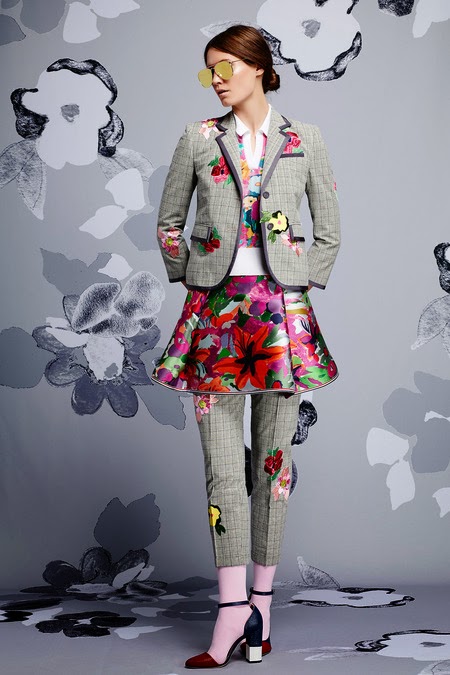 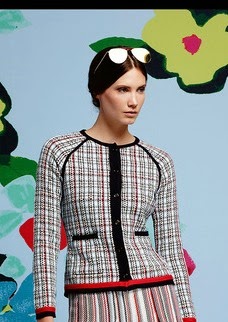 As said before, the workmanship is staggering season after season and one wonders why bother when the end result is almost laughable but this season, if you can see past the seemingly purposely over done styling, there are some incredibly beautiful pieces. Most of those pieces involve Mr. Browne’s incredibly rigid and precise hand when it comes to tailoring but there are exceptions. There is a lush floral satin dress that is exquisite, minus that silly shrug, and a few other pieces in that fabrication. 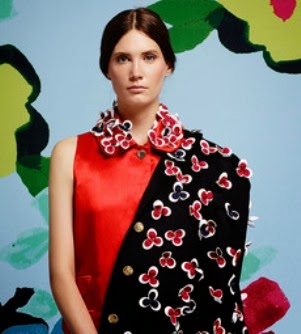 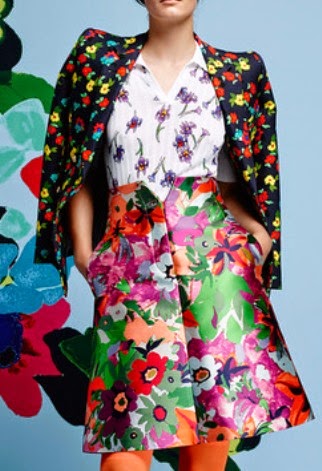 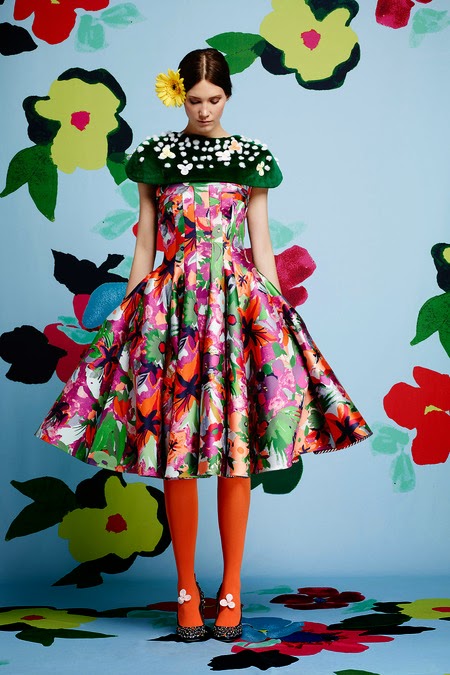 We can pass on the car wash skirts which worked best in the 80’s as Mr. Browne seems to render them in a most clumsy way and the odd “white tie” like cutaway cropped blazers and some very unflattering dresses. I am starting to believe that it is his intention to make the viewer/buyer see beyond the “image” he shows as I truly believe this is a collection of dissection and not looks! 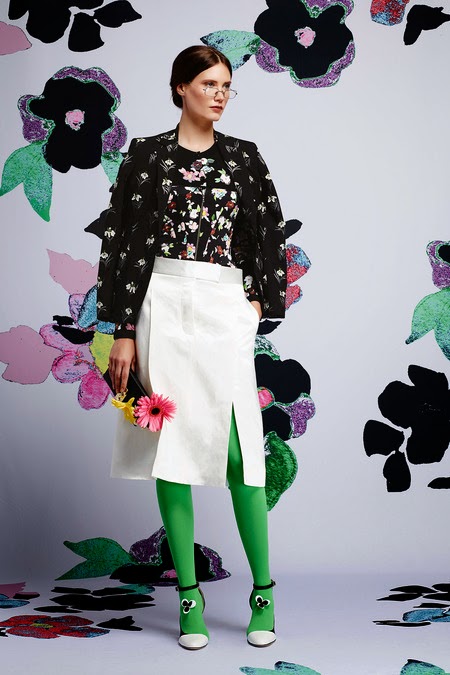 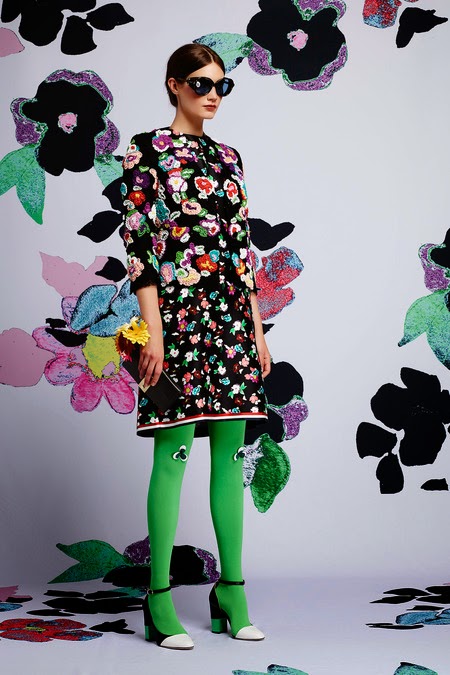 Palette is beautiful and there are even hints of the old rules and rigors of Resort with a spectator look tossed in and of course his take on dressy clothes. I think that for some retail customers, this is the answer to the sea of sameness that pervades the industry. I believe he has teased us before with a collection of this type and then he reverts back to the theatre of the absurd... How unfortunate! My question is simply, does this portend a new direction or is this just another tease of what could be if he really wanted to?
Posted by FASHION BY THE RULES at 9:04 AM