Well gang it is time again for the adventures of Donatellamommamia aka Versace! These eyes are sorry to report that once again she doesn’t disappoint and even sorrier that it is not meant in a positive way. 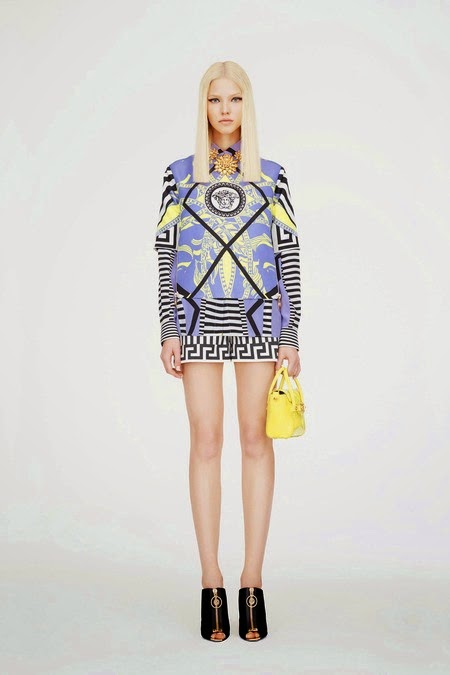 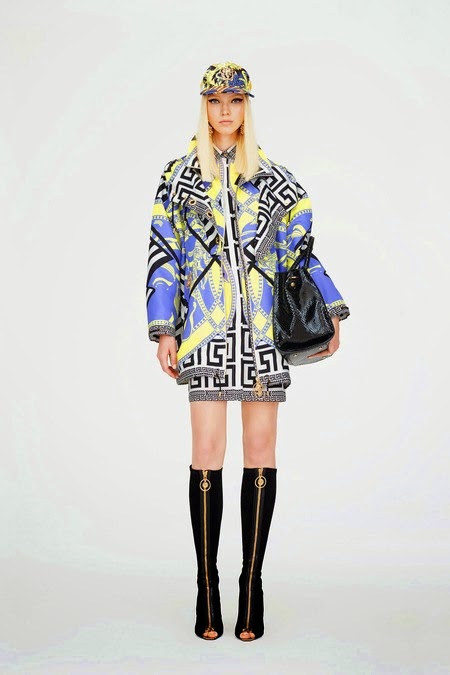 An archive and legacy is only useful if you know how to navigate it and how to employ it to your advantage and the legacy is something that is difficult but not impossible to live up to season after season. One can only surmise or guess what must pass through Signora V’s brain when she conceives each collection but apparently the end result is seemingly misguided one way or another. It’s all in the interpretation. 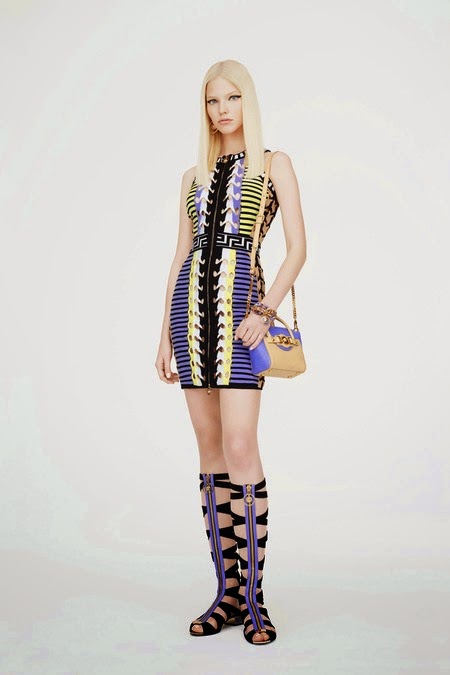 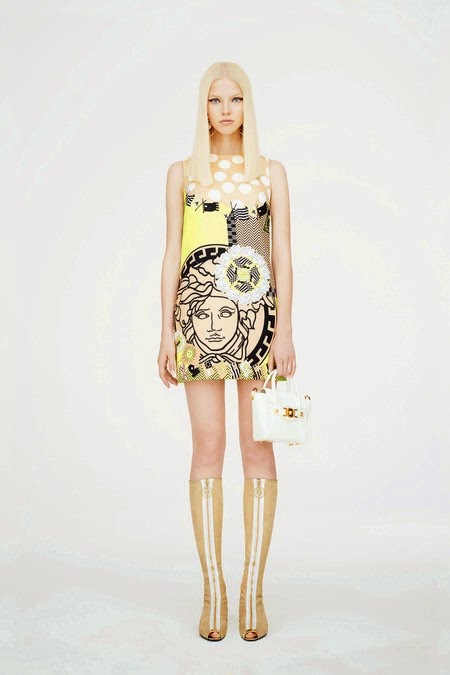 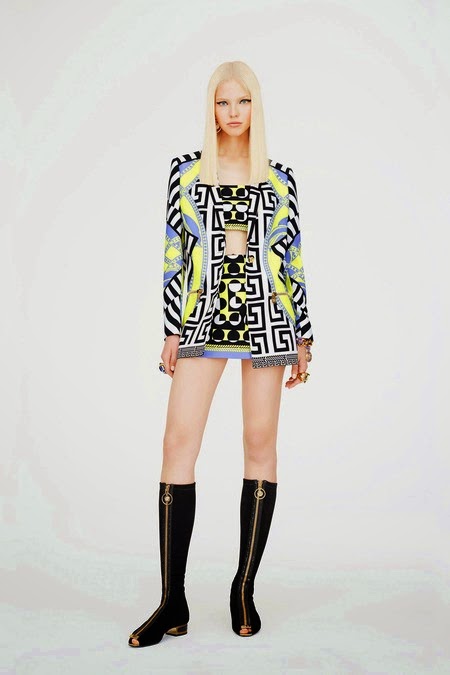 Having just completed a very extensive article about the legacy of Gianni and his brand, his vision is still very clear in my mind which is unfortunate as it reminds me again just how talented he was and how untalented she is! God knows she tries but as said, she can’t seem to capture the essence of the brand and what catapulted it to fame and fortune. 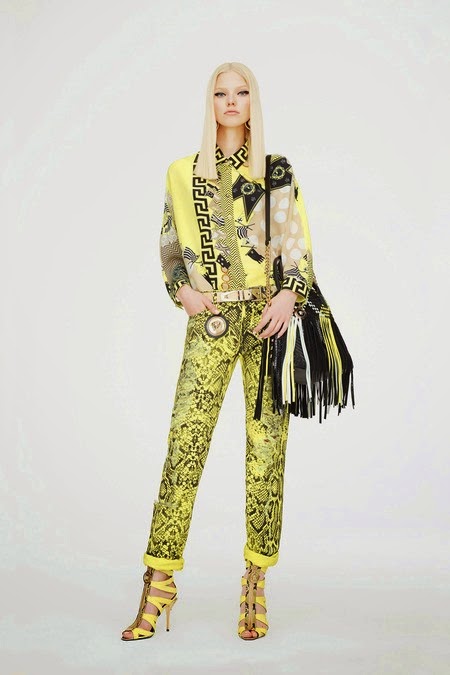 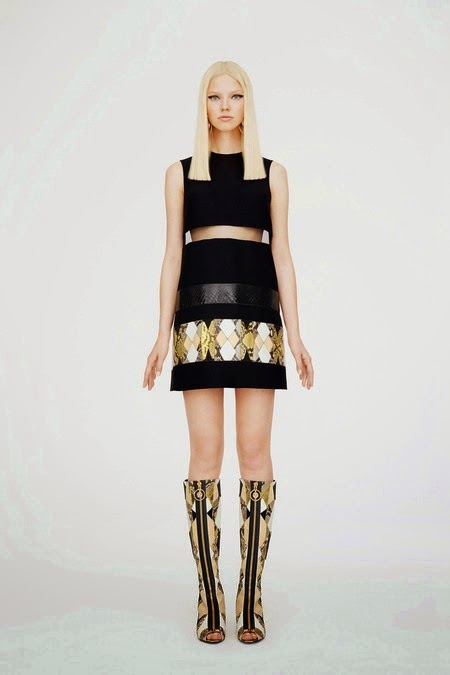 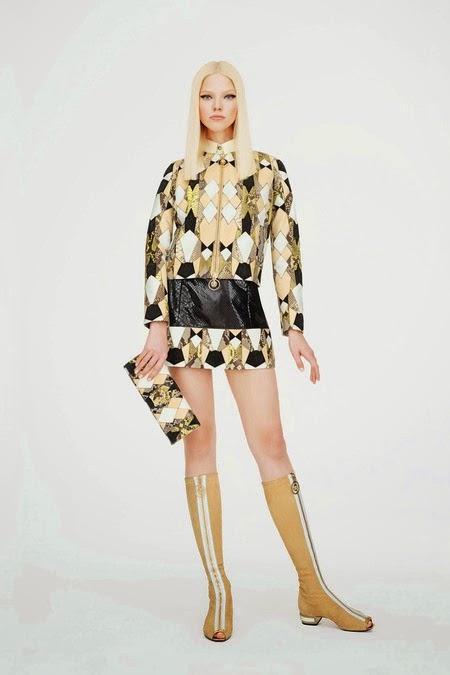 Gianni was a provocateur at times and then again he was right in your face at times or in other words there was subtlety and there was blatancy. With Donatellamommamia, there is only the latter because when she travels the more subtle route, that turns out to be blatantly distasteful. 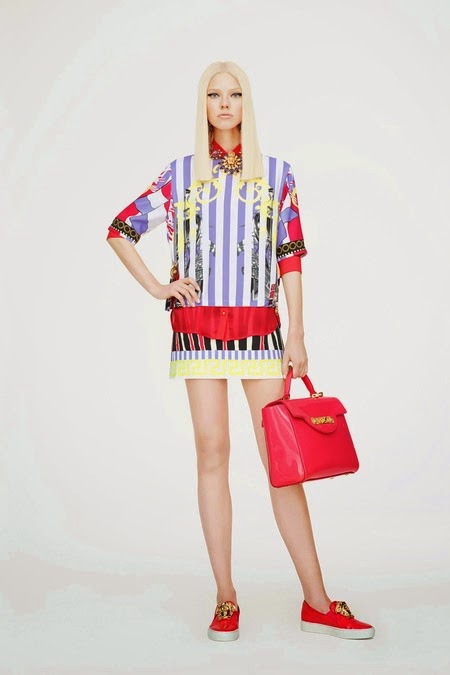 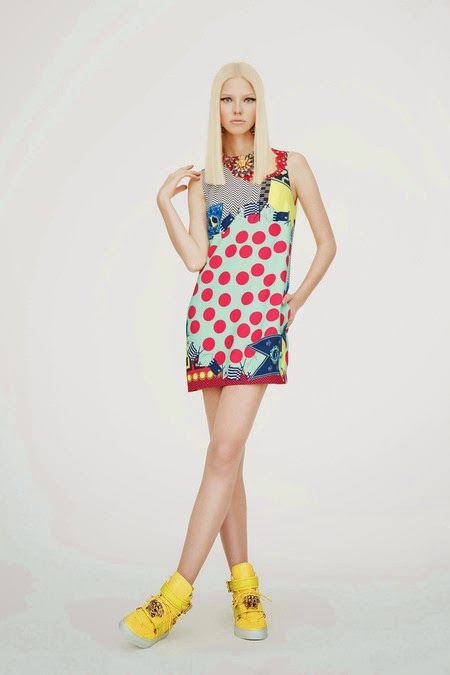 Signora seems to think that by enlarging and recoloring the original vocabulary and DNA that she captures the essence of the house but in reality she creates a caricature/cartoon of what once was. For me this is a sadness as it continues to happen season after season and one still hopes that she will be smart enough, soon enough, to yield the reins to more capable hands. In my estimation, her rigid involvement is what prevents the brand from ever going public or selling a majority interest. 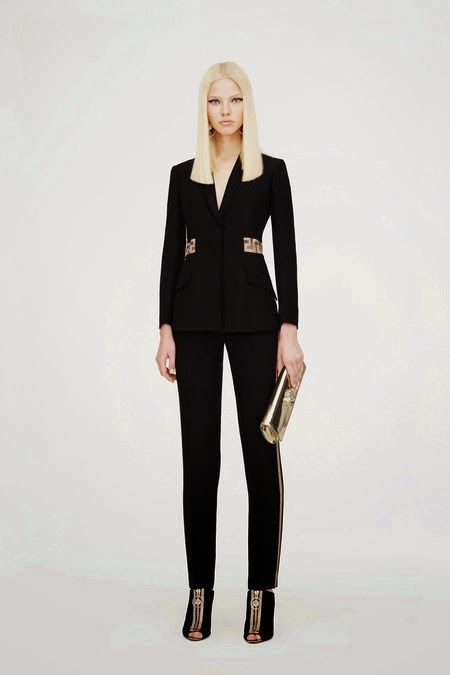 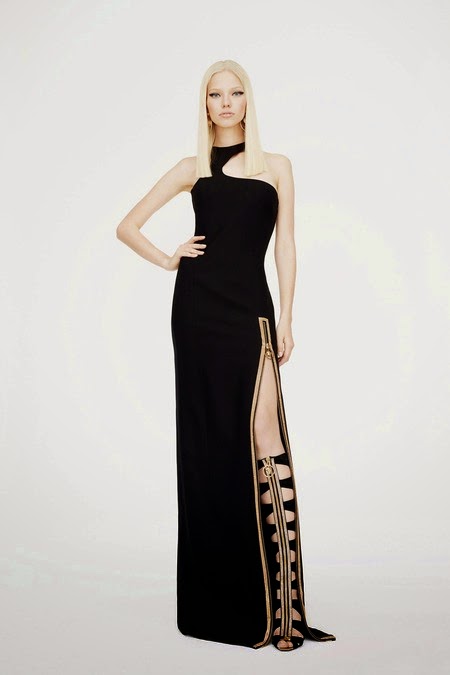 So... without eviscerating her again and the same to still one more collection … suffice it to say...try try again!! And Buona Fortuna Signora

PS.. the model in your own image ..time to give THAT a rest as well!
Posted by FASHION BY THE RULES at 6:16 AM