Well, I think if it is safe to say that Bill Gaytten’s time at Dior was not wasted. I also think that his time with Mr. Galliano has enabled Mr. Gaytten to shine on his own; first after Galliano’ s departure at Dior and then when he (JG) was relieved of his design duties at his eponymous label.

Mr. Gaytten has taken the John Galliano collection and transformed it into a collection, rather than a bunch of ethereal looking bias cut georgettes with big hats and clunky shoes infused with a pot load of attitude, and now we have a decidedly more polished directional look with great influences from Rei and Yohji and most certainly from the House of Dior under the reign of John Galliano … geez … long thought!

I am generally not a fan of the Japanese designers but I can recognize and acknowledge their influence here which is certainly in keeping with the season. What I find so amazingly intriguing is the marriage of the Asian designers’ mentality to the school of thought that originates at Dior. The clothes have a freshness about them and most definitely have a personality that stands on its own, which is a helluva lot more than can be said of so many collections that have shown over the past month. I think that Mr. Gaytten will be responsible for turning the brand of Galliano into a more viable and evolutionary name rather than the usual bill of fare season after season.

I bow to thee Bill Gaytten as you opened my eyes to many things and, most of all, made me a loyal acolyte and it is my privilege to be one. 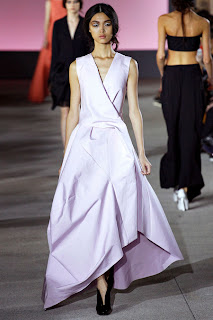 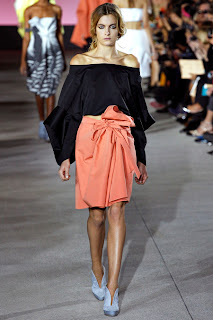 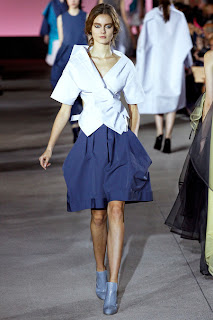 Posted by FASHION BY THE RULES at 7:47 PM