How can it be that the once “enfant terrible” of fashion who  is no longer an “enfant” but just as “terrible” is one of the very few who can  consistently surpass so many of the so called new talents and make them look TERRIBLE as in bad ..  not “mechant”! 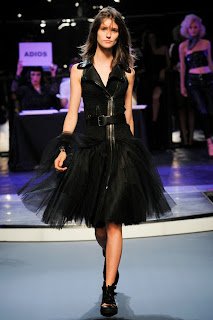 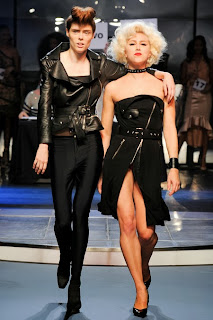 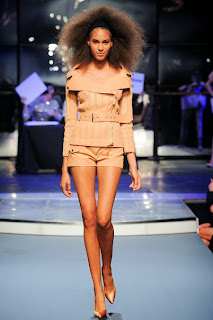 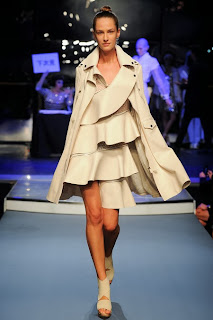 Whereas Galliano was all about the spectacle and big picture and drama of his presentations at Dior, Gaultier is all about the spectacle of fun ... you never lose focus on the clothes.  Maybe simply said that the clothes at Dior were part of a tableaux or ensemble cast and the clothes at JPG are singular stars.
Gaultier touches every trend, every look and every whim in his own way and he never loses sight of the brand’s DNA which is so much more than I can say about so many we have seen in recent days.  Even more apparent is that Monsieur Gaultier never has to twist words and spout the esoteric to sound so important, he just throws it at  you and there is no confusion ... in essence he is literally a  man of his words!! 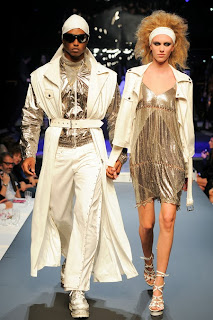 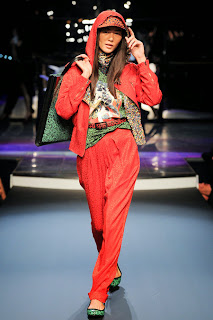 Favorites include the JPG standby riffs on a trench coats, the one legged pant and his audacity!  The spiraling ruffle dresses were divinely fun as were the chain mail and fringe. You just have to love when he does his stripe tee shirt and beret routine as it just howls GAULTIER.  Beyond the surface appearance of these clothes lies the technical mastery and amazing design prowess of the designer and his team and for that he is to be admired always. 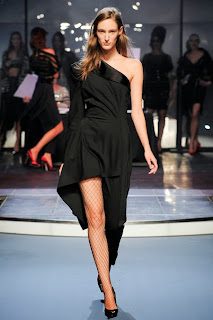 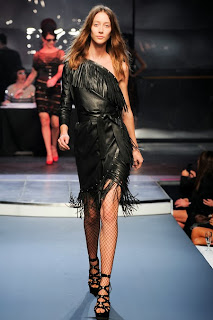 Posted by FASHION BY THE RULES at 9:13 AM