There is no point in discussing DNA or house codes of the brand as there are none any longer.  Even worse is that apparently they change every season unless it is some image slapped onto a $1000 tee shirt?  So it is of no particular shock to me that firstly, for Spring, the collection by Tisci is overwhelmingly fallish for the most part ad bears little if any to any collections in his repertoire. 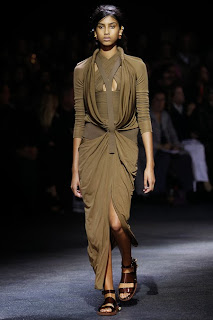 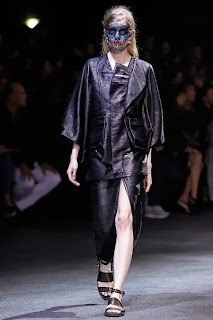 Ignoring the theatrical flourishes of silly makeup and which I am sure reflect some more arcane inspirations and the ridiculous foot wear, to say that the clothes for the most part are over executed over designed and heavy handed in the amount of draping would be a great understatement. 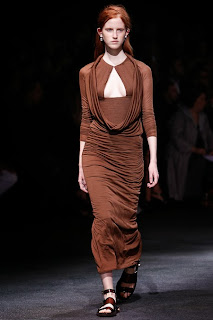 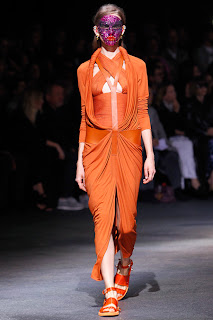 Buried amidst all the hoo haa and junk there are a few extraordinary pieces which speak to the true talents of the designer rather than his theatrical abilities and his way of shocking the so called fashion press and having them drink his kool aid. 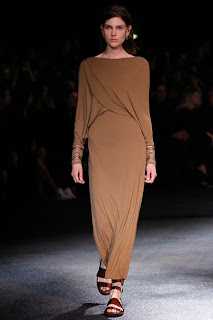 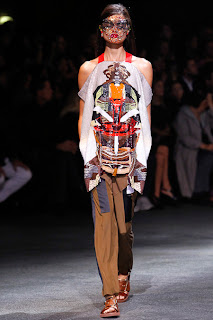 When I see a collection like this, I am so conflicted as to what the purpose and why does one project themselves as a ring master rather than a first rate designer especially if you do indeed possess the skills.  What is the purpose in a  collection where a good deal of the clothes look like you need a road map to get into them and are so over worked that they begin to look amateurish rather than professional?  What is the real purpose of creating all this stuff that no one will wear except Rihanna and a few others who get it for free... and wont Kim Kardashian West look fetching in those second skin bias cut jerseys?? Mmmmmmmmmmmmmm tasty, don’t you think?  Especially since she is peroxided blonde these days!! 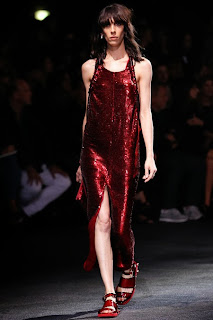 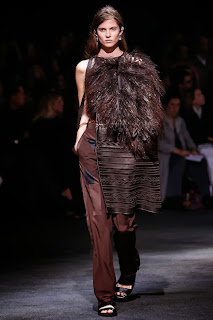 Well that’s  all I can say as no doubt the fassholes will be all over this like white on rice as if Cristobal Balenciaga has been reborn and to be honest if it a waste of my breath to go on ..
Posted by FASHION BY THE RULES at 4:44 PM